Esben was a very empathetic and sociable person. He was always ready to lend a hand when needed. Even though it will be 50 years since he died in February, he is still missed."

These are the words of Marion Hartung Nielsen. She was the wife of the late designer and architect, Esben Klint (1915-1969). 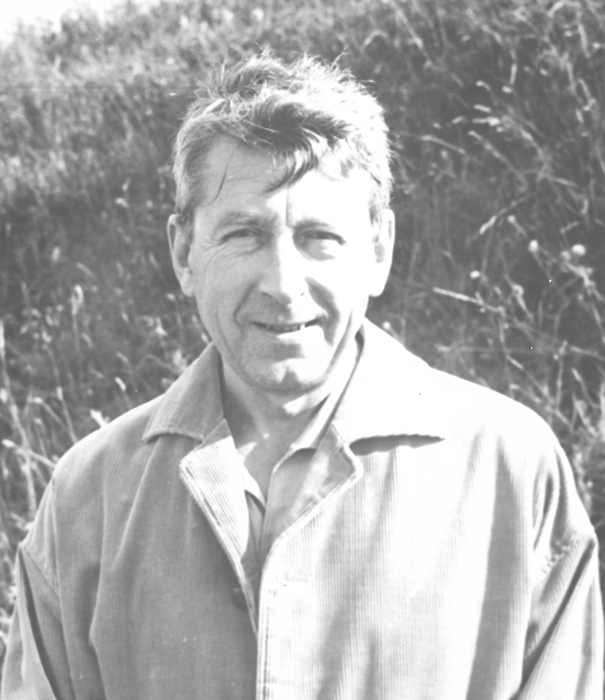 As a tribute to the important work Esben Klint did for LE KLINT, one of his designs has been reinterpreted into a modern table lamp called the Model 375.

Here pendant 107 has become a beautiful table lamp with an untreated light oak base with a delicate brass detailing.

Model 375 is an eye-catching adaptation of one of our classic pendants, Model 107, which was created in 1942 by Esben Klint.

Model 107 has all the components of LE KLINT DNA – originality, longevity, handcrafted design and recycling sustainability. This pendant superseded its competitors in its day. The architect and designer Kaare Klint just had to incorporate it into the company’s logo.

We see here Esben's iconic classic, the Model 107 pendant in a giant version at the Academy of Fine Arts (Kunstakademiet).

Esben had strong roots. His grandfather was Peder Vilhelm Jensen-Klint (1853-1930), who was an engineer and architect. P.V. folded the first LE KLINT lampshade, and that was before light become electric. Esben's father was the famous architect and professor, Kaare Klint (1888-1954), who in addition to having drawn up well-known designs for LE KLINT, was also of great importance to the history of Danish furniture and design.

Esben's father and mother, Kaare Klint and Maria Magdalene Bredsdorff (also known as Le). The picture was taken in Java, Indonesia, where Esben Klint was born.

The ideas hidden within his pen

Esben was, like his father, particularly driven by his enthusiasm and meticulousness. His wallet was full of small drawings. Once he had transformed an idea into a design, he could work round the clock and would disappear into a world of his own. He was reluctant to leave his drawing board once an idea had arisen.

Although he was employed with the royal building inspector Nils Koppel, Esben worked hard on his own architect business. During the 1960's he worked on school furniture, among other things, in a collaboration with his good friend Børge Mogensen for "Munch Møbler" in Slagelse. He also completed Christian X's church in Sønderborg.

3 generations with the same passion

One of Esben's greatest drawing tasks was the great organ facade for Grundtvig's Church. It was his grandfather, P.V. Jensen-Klint, who was the main architect behind the impressive structure, while Esben's father, Kaare Klint, finished the construction of the church. The circle was complete when the grandchild of the originator of the church drew up the ornamentation for the church, including the aforementioned organ facade as well as chandeliers and choir stand.

"I believe he also saw the organ and the lighting in Grundtvig's Church as being some of his most significant works – perhaps because it completed the project his grandfather P.V. Jensen-Klint started, his father Kaare Klint continued and that he, as the 3rd generation, finished," explains Marion Hartung Nielsen.

Grundtvig's Church in Copenhagen, with its striking monumental architecture, was designed and created by P.V. Jensen-Klint, then his son Kaare Klint finalished the construction. Kaare's son, Esben made the final touches and the undertakings.

In addition to being a designer, Esben Klint was very talented in the kitchen. He would magic up various dishes with great enthusiasm when it was time for dinner at home. Esben loved spending time with his family. He and Marion had two children, Tomas and Kristine Klint. He furthermore had the son Kasper Klint from a previous marriage.

The inspiration behind the ideas

One of Esben's greatest sources of inspiration for his projects was the journeys the family undertook. He preferred visiting the west coast of Jutland, and he had a particular fondness for South Jutland, which he introduced his wife to with great zeal.

Model 375 was launched the 1st of November in two sizes; small and medium. The lamp can be chosen with either paper or standard shade. Place this lamp wherever you deem fit to invoke an ambient atmosphere and capture that infamous cozy warmth of ‘Danish Hygge’.

The new table lamp, Model 375 is available in the sizes small and medium, with either paper or standard shades.