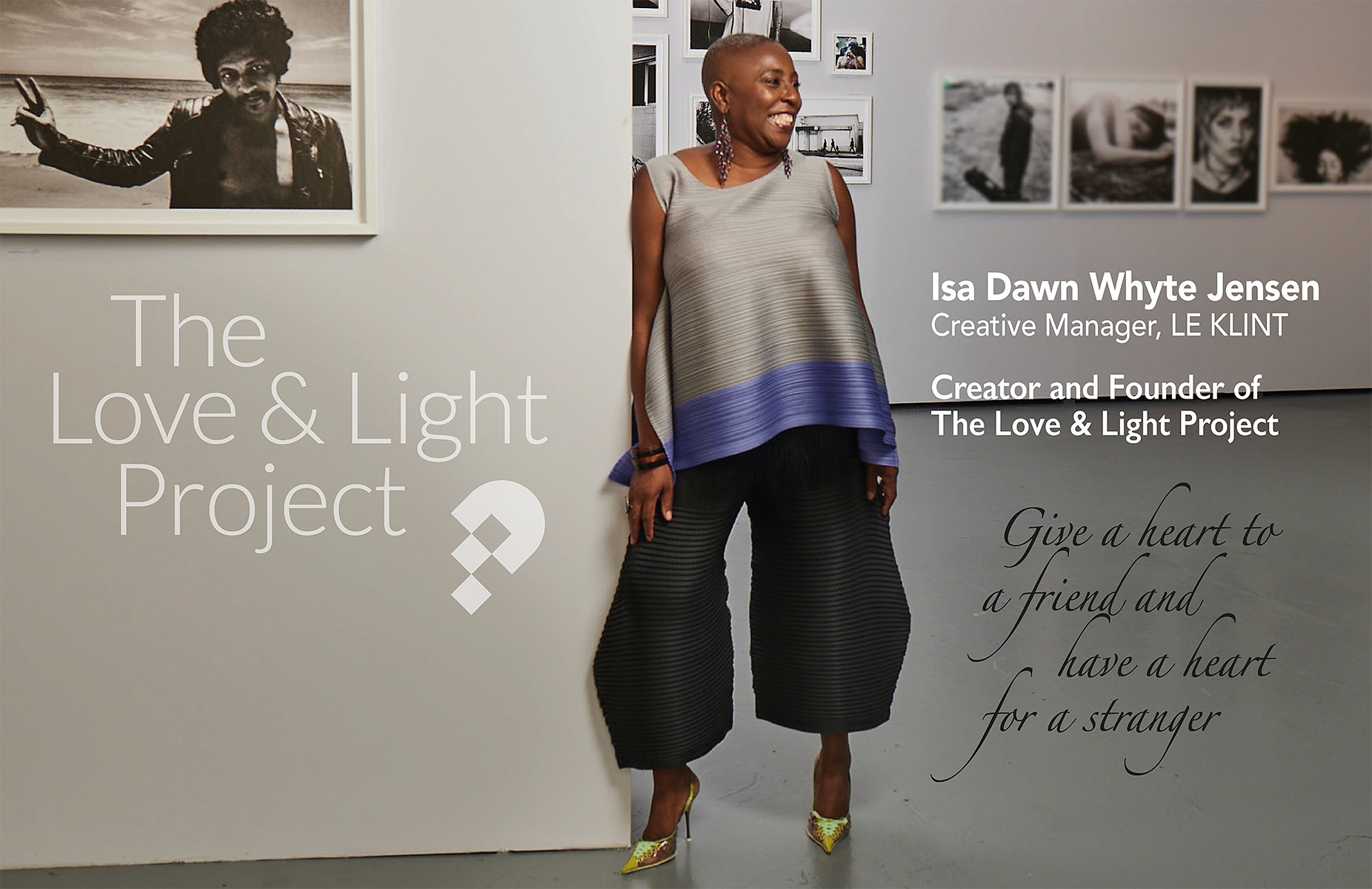 Thanks for your support

Whenever another magical season descends upon us, the most natural thing to do – is to embrace it. I am always touched at how so many can become one, corresponding as an international community of generousity and kindness, through the simplicity of mutual understanding and design. This was… and still is, the objective of The Love & Light Project…  and my heartfelt thanks continually goes out to all who supports us, whether that is via social media, lending a helping hand, donating something or buying a SEASONAL product.

I will continue to do my best to represent our humanitarian spirit, by selecting beautiful timeless designs and of course, endeavor to be an ambassador of Love & Light, whenever and wherever possible.

On behalf of those without a voice… Thank you… for your ongoing support.

The Creator and Founder of The Love & Light Project, Isa Dawn Whyte Jensen.

The Love & Light Project symbolizes love, light and charity. Every year a percentage of each product from the SEASONAL Collection sold, goes towards charitable aid to help someone or an organization in need, regardless of gender, race or residence.

New designs from our SEASONAL Collection.

Displaying a SEASONAL design in your home symbolizes that you have donated to The Love & Light Project, as well as having a sustainable LE KLINT design that can be used all year round, every year.

The Love & Light project began in 2012 when Isa Dawn Whyte Jensen, the creator and founder, fell in love with an old Scandinavian tradition and turned a collection of HEARTS into a charity.

Tine Mouritsen's designs for The Love & Light Project are created and produced in the same principles as our hand-pleated lampshades.

The beautiful Snowflake by Tine Mouritsen comes in four sizes.

The newly built Veterans Home (a centre for ex military service personnel) in Odense was officially opened by Crown Prince Frederik on 7 March 2019.

The centre's purpose is to create a safe and secure place where ex service personnel and their family members can meet, socialise and share stories and memories about their shared experiences in the armed services. The modern building can be used by all, including those who require care and support. It is a centre aimed at making the "return home" experience a pleasant one.

At LE KLINT, we believe it is our duty to look after those people who were sent out around the world to protect us. We are very proud that through The Love & Light Project, we were able to provide all of the lighting in the Veterans Home, helping to make the centre a comforting and relaxing place for ex military personnel and their family members.

The LAMELLA pendants hang beautifully in the Veterans Home.

In June 2017, the Love & Light project sent a 40 foot container filled with school furniture and equipment to three schools and a kindergarten in Portland in Jamaica. The area suffered extreme and widespread damage during hurricane Sandy in 2012.

LE KLINT’s employees prepare the furniture for shipment. The furniture was sent by container to three schools in Jamaica.

2016 was a year of lectures at LE KLINT, outdoor concerts and sales activities on our SEASONAL Folds to raise funds and support for the Jamaica charity for 2017.

This year the Love & Light project reached out to The Royal Ballet School in Odense, Fyn and supported their free for all Christmas show at City Hall. We gave stage lighting, helped with costumes for the dancers and I even gave myself and sung some songs in the show. We especially helped one young dancer with great promise as a prima ballerina. Elena Praastrup Nielsen.

Her journey to school every day was over 2 hours by train from Esbjerg to Odense. The expense of her school fees and the increase on her travel expenses was too much pressure on the family economy, who had applied for grants and asked for help from different agencies, as The Royal Ballet Copenhagen were very interested in Elena, but she had to complete her studies before she could even audition to advance her studies. The Love & Light project surprised Elena with a big donation which allowed her to continue to pursue her dreams... currently in Amsterdam.

The most beautiful combination of elves and costumes made of lampshades were included in the Christmas show of The Royal Ballet School in Odense.

10.000 children on the Danish island Funen stand alone with problems such as loneliness, abuse, violence and poverty. To create more awareness about these problems, Ungdommens Røde Kors and Trygfonden launched the “SEE ME” campaign. The Love & Light project supported the campaign with a DKK 50.000 donation. Founderr Isa Dawn Whyte Jensen, stated 'it is important to support internationally as well as locally, and to especially give priority to getting the aid directly to the people who need it than to administration and other costs'.

Wednesday, November 5th students from the country's secondary schools participated in Operation Dagsværk, a Danish fundraising project for people in need locally as well as globall. LE KLINT gave a helping hand by hiring High school students from Odense Cathedral School to hand out The Love & Light Project leaflets to the city's shops and offices.

Minerva Women's Centre London, is a charity organization staffed by women who works diligently to help both reform women who have committed crimes and women who are victims of violence or negligence.

Care packets were donated to women at the Minerva Women's Centre in London in 2013.

Click here for more information about The Love & Light Project